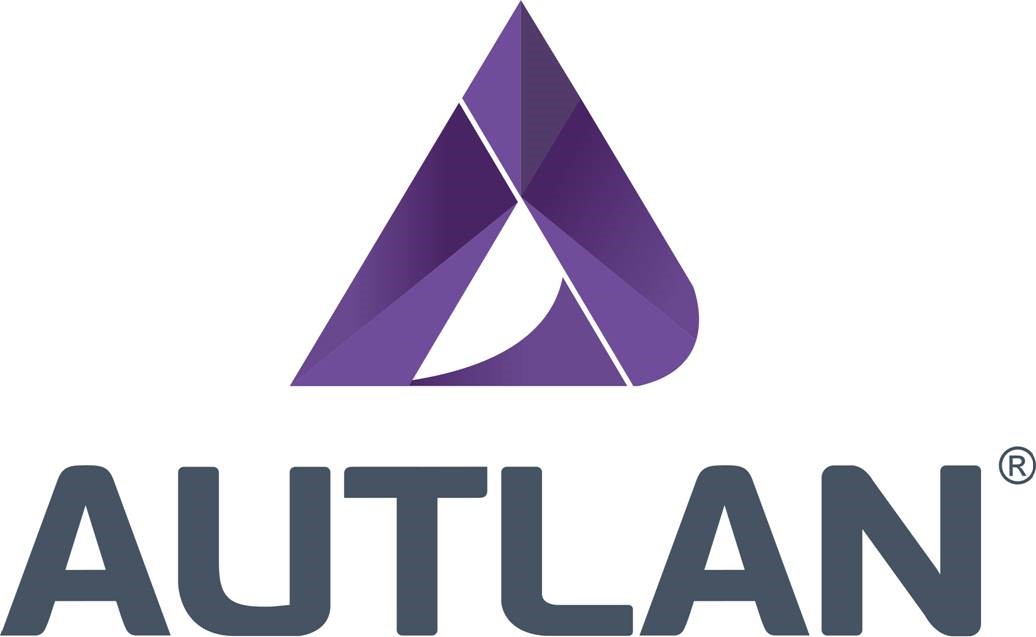 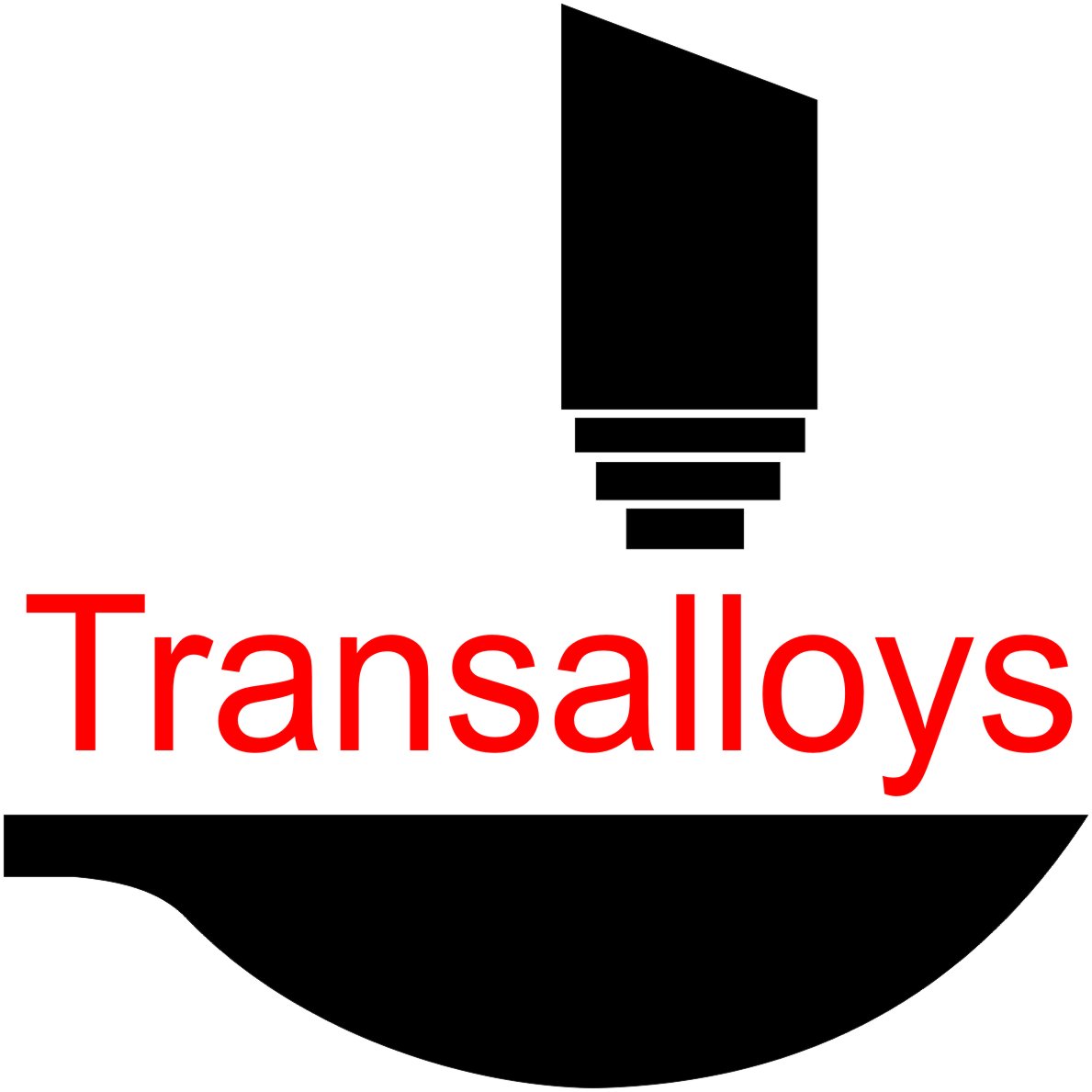 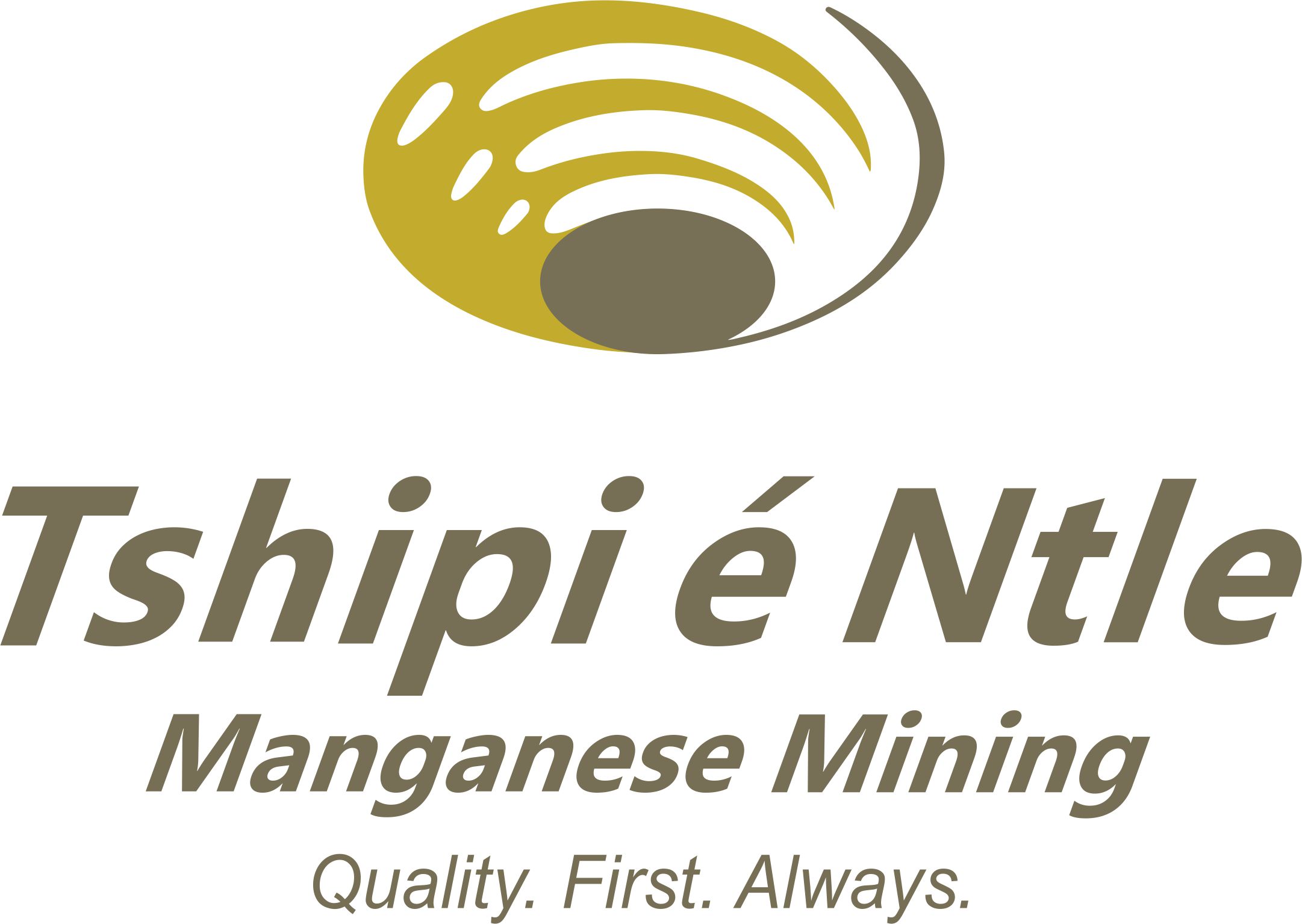 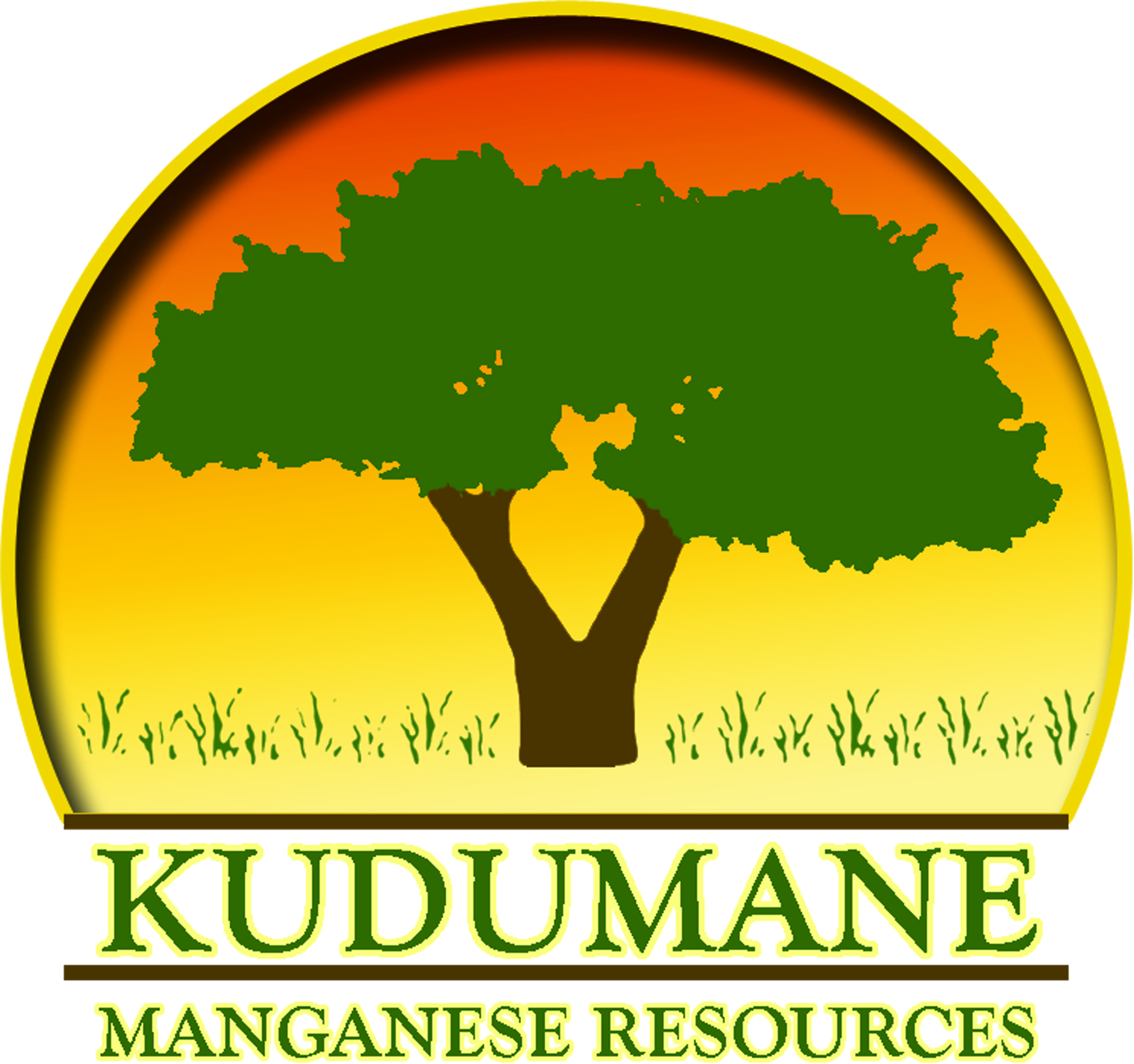 Kudumane Manganese Resources (KMR) is one of South Africa’s newest black-controlled manganese mining company in the country. Mining operations take place in Hotazel, and the management office is based in Melrose Arch, Johannesburg. The mine was officially launched in May 2012 and manganese was reached by December of that year. KMR is mining at its York and Hotazel farms. Current production volumes are about 1.8 million to 2 million tons per annum. The company’s rail siding became operational in January of 2015, and by September 2015, KMR received rail capacity from Transnet as part of the rail operator’s MECA initiative. Cargo is predominantly exported through Port Elizabeth and Saldanha Bay, though KMR has shipped cargo through most ports in South Africa which Transnet has activated for manganese export. 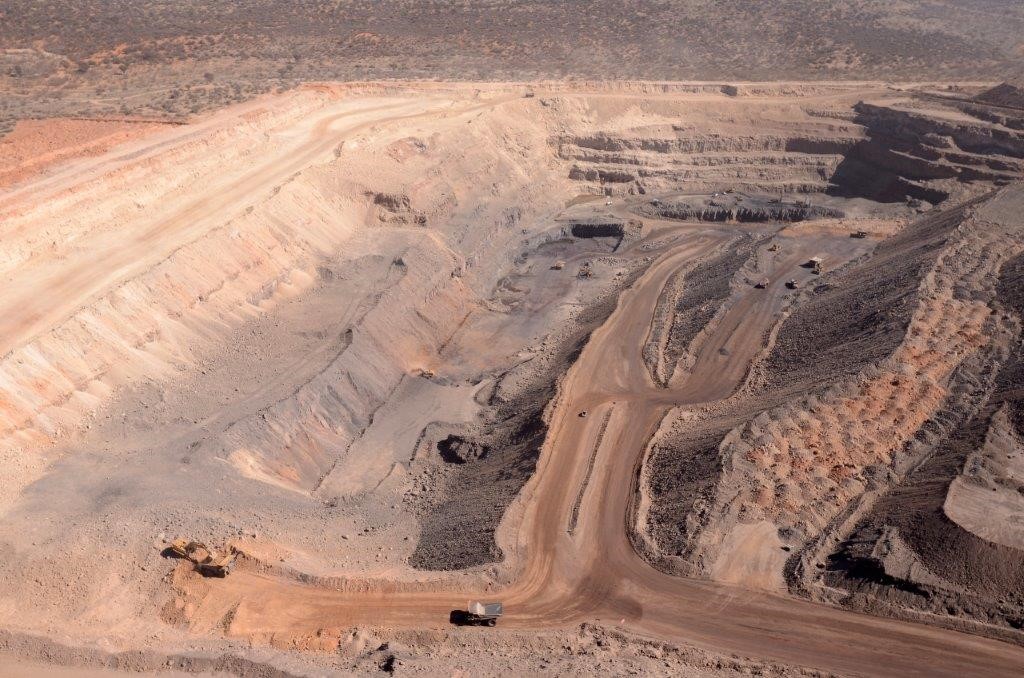 Kudumane Manganese Resources (KMR) is one of South Africa’s newest black-controlled manganese mining company in the country. Mining operations take place in Hotazel, and the management office is based in Melrose Arch, Johannesburg. The mine was officially launched in May 2012 and manganese was reached by December of that year. KMR is mining at its York and Hotazel farms. Current production volumes are about 1.8 million to 2 million tons per annum. The company’s rail siding became operational in January of 2015, and by September 2015, KMR received rail capacity from Transnet as part of the rail operator’s MECA initiative. Cargo is predominantly exported through Port Elizabeth and Saldanha Bay, though KMR has shipped cargo through most ports in South Africa which Transnet has activated for manganese export.   IMnI visitors will see the following: 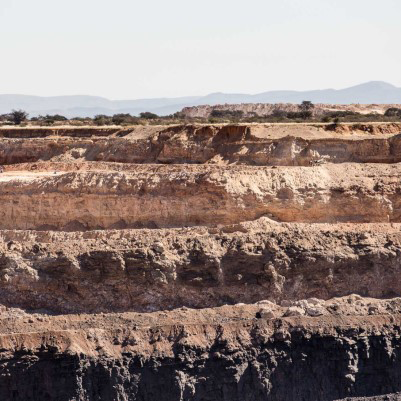 Mamatwan Mine is part of the Hotazel Manganese Mines consortium operated by South32. Our purpose is to make a difference by developing natural resources, improving people’s lives now and for generations to come. We are trusted by our owners and partners to realise the potential of their resources.   The open-cut Mamatwn mine started operating more than half a centure ago, with the underground Wessels mine following a few years later. Mamatwan mine is a surface operation using the terrace mining method.   The ore is beneficiated using: 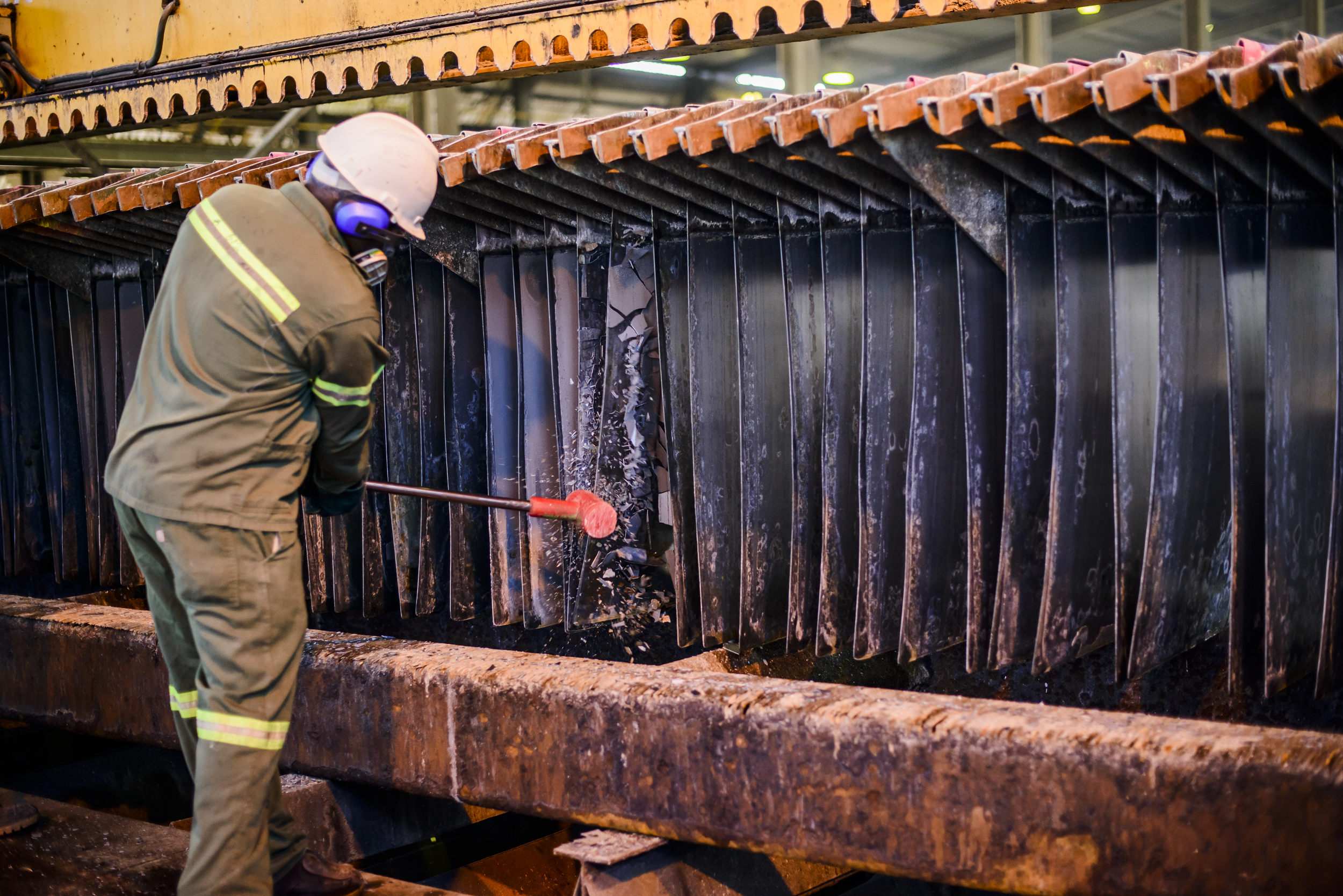 Manganese Metal Company (MMC) produces the purest (99.9%) form of manganese metal available in the world today. We are the world’s most experienced, largest and most reliable supplier of selenium-free electrolytic manganese metal (ElMn). We are a proudly South African owned company and the only producer of ElMn in South Africa and one of only two outside China.   Long-term relationships, high quality products and reliability of supply are pivotal to our success, along with our one-on-one relationships directly with end customers in diverse industries. Our experienced marketing team, dedicated to customer service, offers a full logistics function, stock in warehouses close to markets and technical support.   MMC is set for long term sustainability in terms of access to raw materials, process technology and HSE (Health, Safety and Environmental) compliance. With more demand on resources worldwide and growth in the production of electrolytic manganese, we are proud to remain the world’s most reliable supplier of the highest quality manganese in the industry.   More than 90% of sales is exported by MMC’s in-house marketing and logistics team, to a customer base spanning more than 110 active customers in 23 countries.  A visit to MMC will also offer insight into the EMM market structure, a unique part of the global manganese industry. 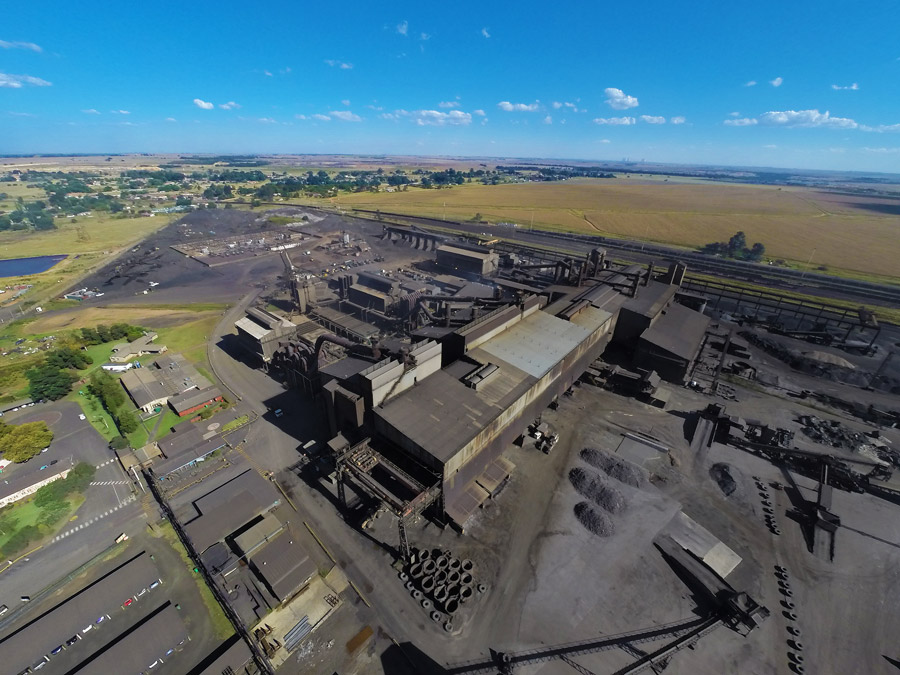 Transalloys is a well-recognized supplier of silicomanganese globally, and the only silicomanganese producer in South Africa. The production plant is situated 14 km west of eMalahleni (Witbank) and approximately 90 km east of Pretoria, in the Mpumalanga Province. Manganese ore used in the production process comes from the Northern Cape Province of South Africa, which is known to contain 75% of the world’s identified manganese ore reserves.     The company was established in 2007 when the Renova Group, a Russian diversified investment holding, acquired the plant. Under Renova’s strategic leadership and as a result of the concerted effort by the Transalloys’ management team and the employees, the productivity and output of the plant were increased by 50% without the addition of any additional smelting capacity. The plant has the capacity to produce approximately 180 000 tonnes of silicomanganese per annum. In 2018 Renova divested 51% of its interest in Transalloys to Israeli and Swiss investors.     The plant itself dates back to the mid-1960’s when the first two furnaces were built. Currently, there are 5 submerged arc furnaces, with capacity ranging between 22 and 48 MVA. Transalloys is currently in the process of constructing a UHT oxygen blown converter, which is scheduled to come into operation in Q1 of 2020. Once in operation, one of the SiMn furnaces will be converted to HCFeMn production, as feedstock to the converter for conversion to MCFeMn.     The standard grade silicomanganese contains a minimum of 16.5% of silicon, 65 to 67% of manganese and a maximum of 2% carbon.

Port of Ngqura   The latest development in the TNPA stables of ports, the Port of Ngqura is located on the east coast of South Africa, 20 kilometres north east of Port Elizabeth and midway between Durban and Cape Town. Officially launched on 16 March 2012; the Port of Ngqura is a world-class, dedicated and preferred deep-water transshipment hub for the sub-Saharan. The Ngqura Container Terminal celebrated its 10 year anniversary in October 2019.   Africa region with the design capacity of 2,000,000 TEUs. The Port offers an integrated, efficient and competitive port service for containers in transit to global markets within the region. The Port has a 4-berth Container Terminal which is equipped with world-class infrastructure, 1-berth Multipurpose Terminal, Liquid Bulk Terminal and the Manganese Terminal.   The construction of the Manganese loading facility that will be supported by the required rail infrastructure will increase the capacity from the 6Mtpa currently handled in the South African Port System to 22Mtpa, to accommodate the broad-based local mining growth, stemming from the global demand. Upon completion, this project will ultimately position South Africa as the global leading manganese ore exporter.   The Port of Ngqura is strategically positioned to accommodate and attract traffic which cannot access the Suez Canal due to size and other safety reasons. The port is also located within the proximity of the Coega Industrial Development Zone which provides an opportunity for product beneficiation. The design of the port was also governed by the site’s physical and environmental conditions. It is the only port in South Africa boasting an environmental authorisation Record of Decision (RoD) for its construction and operation, as well as an exceptional 0% non-compliance. Port Elizabeth   The Port of Port Elizabeth is a geographically well-positioned, customer-centric, multi-cargo port that prides itself on flexibility and service excellence. It is the gateway for expanding markets, and is not only linked with the rest of the world, but also has direct transport links into the heart of the African continent. Situated in Algoa Bay, on the south-eastern coast of Africa, midway between the Ports of Durban and Cape Town, the port has a container terminal, one of only five (Durban, East London, Ngqura, Port Elizabeth and Cape Town) in South Africa. Being a congestion free port allows it to maintain high cargo handling rates, fast and efficient ship turnaround and unparalleled service levels. The port is equipped to handle Dry Bulk (Manganese Ore), Liquid Bulk, Automotives, General Cargo and Containerized cargo. Passenger ships usually make use of the Multipurpose Terminal berths and facilities when calling at the port.   Manganese Terminal The port exports 6 million tons of manganese ore per annum. This commodity has been exported through the port since 1976. The ore is transported to Port Elizabeth by rail from four mines near Hotazel in the country’s Northern Cape Province, and then exported to mainly India and China.

The Tshipi mining right application was approved in 2010 and after a 20-month construction and commissioning phase, Tshipi Borwa Mine railed and exported its first manganese ore. Tshipi is an independently operated and managed, black empowered manganese ore producer. Tshipi é Ntle means “beautiful steel” in the local Tswana language. Tshipi is not only the largest single manganese mine and exporter from South Africa but is also one of the five largest manganese ore exporters globally. Based in the Kalahari Manganese Field (KMF), the largest manganese-bearing geological formation in the world, Tshipi Borwa Mine is a shallow open-cast operation developed on a large and homogenous ore body with a currently confirmed life of mine reserve of approximately 30 years. Tshipi has an established and efficient export infrastructure, including a 8km private rail siding loop, and one of the fastest load-out stations in the Kalahari region with direct access to the Transnet rail link and ports in South Africa. The mine operates through drill-and-blast and load-and-haul mining techniques. At the start of the mining process, the top soil is removed and stockpiled in a separate area for later use during the rehabilitation phase. The various layers of the Kalahari formation are removed, followed by the harder banded ironstone, dolomite and manganese layers which are part of the Hotazel formation. Once exposed, the manganese ore is drilled, blasted and loaded onto a truck and hauled to the Company’s primary crusher which forms part of the processing facilities. The Mine is operated in terms of a contractor-operator model, which has allowed it to become one of the lowest cost manganese ore exporters globally and a flexibly scaled production process in response to manganese ore price volatilities and market conditions. 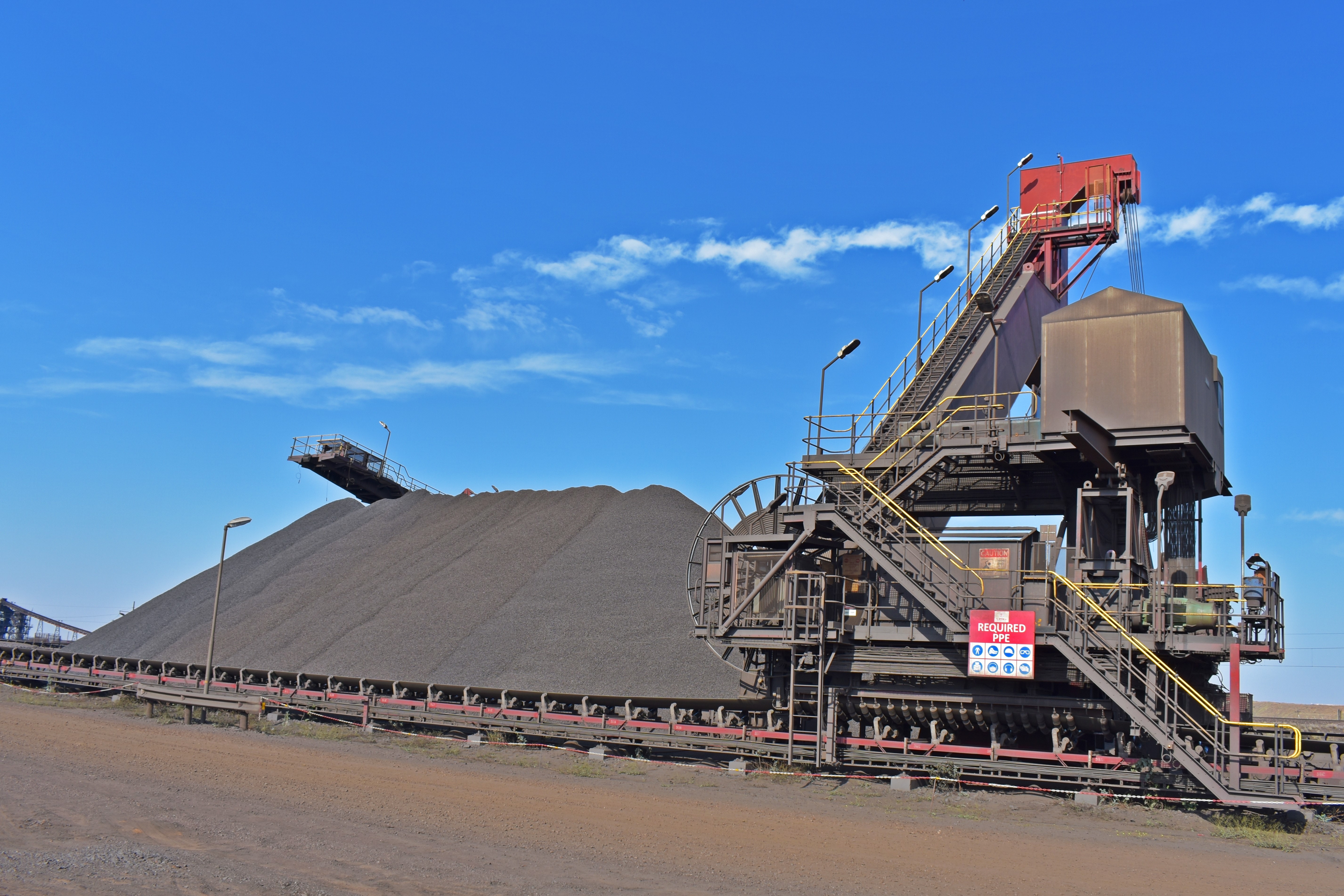 United Manganese of Kalahari (UMK) is a South African company, mining manganese in the John Taolo Gaetsewe District Municipality in the Northern Cape Province of South Africa. The Kalahari manganese fields are regarded as the largest manganese ore deposit globally. Established in 2005, UMK is 51% black owned and is the 4th largest manganese exporter in South Africa. In 2018 the mineral resources were estimated at 607mt with 200mt in measured and indicated categories.  Mineral Reserves for Open Pit Mining are estimated at 112mt that provides a life of Open Pit Mine of more than 30 years.

We use cookies to ensure that we give you the best experience on our website. If you continue to use this site we will assume that you are happy with it.Ok